Ethiopia is located in the most eastern part of Africa. Ethiopia has been called Africa's Switzerland and she has also been called Africa's Tibet. Both Parallels are quite true.
Ethiopia is the tenth largest country in Africa, landlocked and surrounded by six countries; South Sudan, Sudan, Kenya, Somalia, Djibouti and Eritrea all share borders with Ethiopia. Ethiopia has a total area of 1,224,480 square kilometers. A beautiful land coloured by peace, tradition and unmatched biodiversity, it is a prime destination for discerning travelers seeking vibrant culture, exhilarating adventure and breathtaking nature. Her scenery, like her people, has a long and interesting history resulting in splendor unique in the whole of Africa. The fragmented nature of the highlands of Ethiopia has plated a great part in the country's history. Isolated and mountainous plateau massifs have proved, to date, almost insurmountable obstacles to the kings who ought to unify the country, to the invaders who sought to conquer it and to those who have sporadically attempted to develop its economic resources.
Ethiopia is the origin of mankind where the remains of modern humans discovered first. The plateau peoples diversified into three main groups which linguistic and other anthropologists refer to as the Central Agaw.
Christianity and Myth: Ethiopia is a land of Christian churches. Although Ethiopia was geographically on the very borders of Christendom, contact remained. In the fifth-century reign of the Axumite king, Alameda, several monks from the Byzantine empire visited Ethiopia, and many monasteries founded shortly afterwards survive to this day. At village churches today the priests still teach young children that the father of the nation, Ethiops, one of the twelve descendants of Cush the son of Ham is buried at Axum. They say also that after the flood the grandson of Noah came from the lower lands of the mountains of Ethiopia.
Geographical Setting: Rivers and the drainage systems connected with them are very important in the life and history of the peoples inhabiting in Ethiopia. The region of Ethiopia is the source of five major drainage systems. Each of them has had a profound impact on the life and history of the local peoples and the relationship among them. These drainage systems are:

Environmental Zones: Another major geographical feature of Ethiopia is that, in terms of economic formation and settlement pattern of its peoples, the whole region can be seen as constituting three major environmental zones running roughly from north to south.

Human Evolution: In the context of Ethiopia, in the last two or three decades, Ethiopia has attracted world-wide attention in the sphere of what is known as Paleo-anthropological research, research into the history of early humans. The oldest hominid species, Australopithecus afarensis have been found in Hadar in the Afar region in Ethiopia. The most famous of these findings is that of Lucy found in Hadar in the Afar region in 1974. Lucy, dated to be 3.18 million years old, has continued to attract international attention because she has the oldest, most complete hominid skeleton.
Peoples and Language: Ethiopian people are friendly and approachable and Ethiopia has an excellent track record of being a safe destination to visit. The region of Ethiopia is marked by ethnic and linguistic diversity which adds a lot to Ethiopia cultural tourist attractions. Estimates of the number of languages in Ethiopia are as high as 100. Among the four major super-families of African language, it is the Afro-Asiatic and the Nilo-Saharan, particularly the former are most pertinent in the country. Namibia is to many ethnic groups of evident diversity. Each of the varied cultural groups has their own unique traditions and cultural traits that contribute to the richness of Ethiopia's cultural heritages. You can visit our Ethiopia cultural tour packages for optional suggestions on the same. .
Domestication of Plants and Animals: It appears that it was around 4,000-6,000 years ago that the domestication of plants and animals  began took place on large scale in Ethiopia. Knowledge of the domestication of plants and animals in Ethiopia is based on linguistic and archaeological evidence. The plants of the grass type which were domesticated in Ethiopia were tef and dagusa. Other plants which originated in Ethiopia were the oil seed nug, and the ensat. Archaeological findings suggest that ensat was once widely cultivated over much of central and northern Ethiopia.
The Ethiopian Calendar: The Ethiopian Calendar (EC) corresponds to the Julian not the Gregorian calendar (GC). The Ethiopian year consists of 12 months, each of 30 days, followed by a period "Pagumien" of 5 days (6 days i leap year)-hence the Ethiopian Airlines advertisement "thirteen months of sunshine". The hours are counted from 6 AM (approximate sunrise). Seven PM is thus one o'clock at night. Traditionally in the countryside each day begins at sunrise.
Religion: Ethiopia has been the home of different religious beliefs and practices from time immemorial. Religious festivals and events in Ethiopia are celebrated in different times of the year. The three major religions which still claim the allegiance of the country's population are, in the chronological order in which they appeared, the following.
Traditional Religion: This religion includes a variety of beliefs and practices indigenous to the country. It's distinctive mark is beliefs in different natural phenomena such as the sun, the moon, the sky, mountains, rivers, lakes, trees, and animals. Pre-Christian Axum offers us a good example of such deities, which were often borrowed from ancient Greece and the Sabean civilization across the Red Sea.
Christianity: Axum was the cradle of Ethiopian Christianity. In Ethiopia under study, Christianity was first introduced in Axum in the first half of the 4th century AD. Documentary and archaeological evidence shows that the first Axumite king to embrace Christianity was Ezana. Instrumental in this process was a young Christian from the eastern Mediterranean by the name of Fremnatos (known as Frumentius to Europeans). He had been employed to the royal court and he used that position to convert the king and some members of the nobility to the new religion.
The expansion of Christianity continued after the fall of Axum and particularly gained fresh momentum in what is known as the medieval period (1270-1527). Many more monasteries and churches were established in various parts of Ethiopia which have using as one of the most important Ethiopia historical tourist attractions for the last several thousands of years. We have several Ethiopia historical tour packages in our website. We invite you to visit them.
Islam: In the year 615, the Prophet Mohammad, the founder of the new religion, sent a small group of his followers, including his daughter and her husband to Axum to seek refuge from the persecutions they were suffering in the hands of the rulers of Mecca. After these early contacts, Islam then began to enter Ethiopia on a larger scale through two points: the Dahlak Islands on the Red Sea and Zeila on the western coast of the Gulf of Aden.

Ethiopia, a country located in the most eastern part of Africa, dates back to several thousands of years is a rich country in historical, cultural, adventure, natural, and archaeological attractions. Travelers can include one more of these places in their Ethiopia tours to admire this ancient nation.
Ethiopia is a country of contrasts and a must-visit destination for many travellers. Its cities are also as diverse as the landscapes of the country. Most tourists who visit Ethiopia start their tours from Addis Ababa. They take itineraries packed with optional Addis Ababa city tours either half-day Addis Ababa city tours or full-day Addis Ababa city tours depending on their interest. And if the traveler is a transit tourist who is simply passing through Ethiopia by making a brief or long stop at the airport, he will have a different selections of Addis Ababa airport layover tours which he can choose from to visit the city during his transit time. 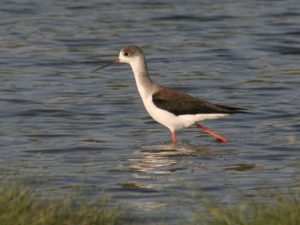 The mountains of Ethiopia are the source of the Nile River. You have the opportunity to experience an amazing diversity of wildlife by taking one of the optional Ethiopia wildlife safari tour packages depending on your interest. Ethiopia hosts 862 know bird species. This country is home to many endemic mammals as well.

Please contact us if there is anything you need to know about travel in Ethiopia.